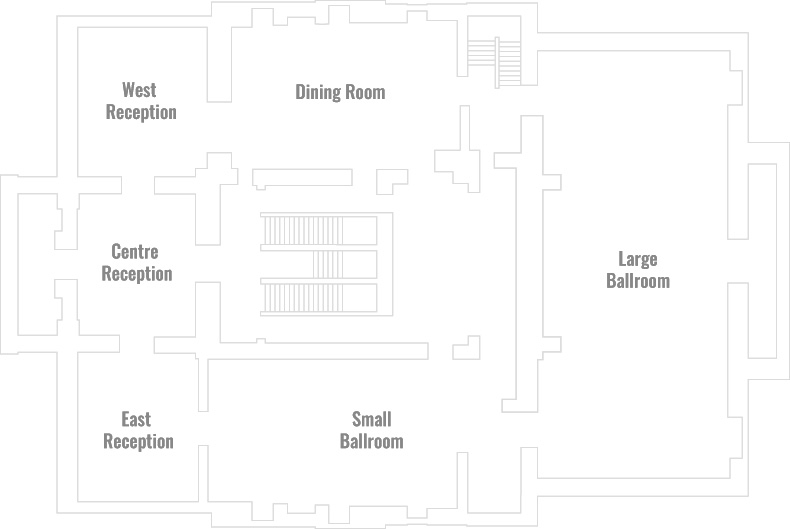 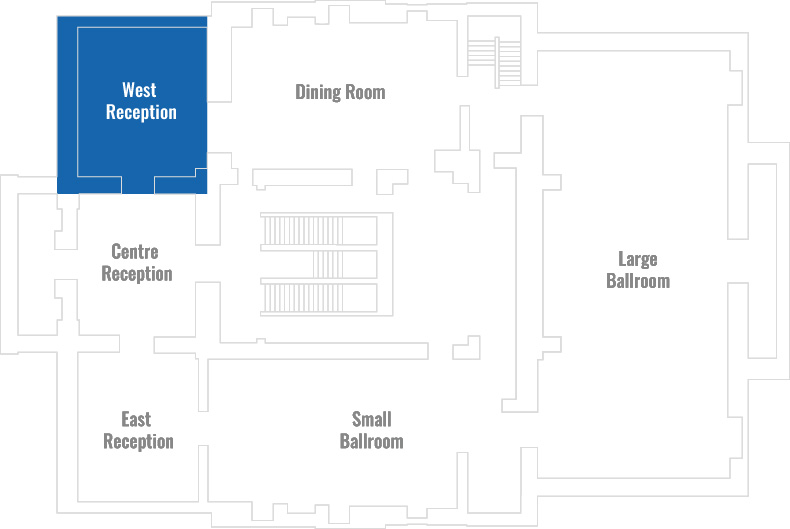 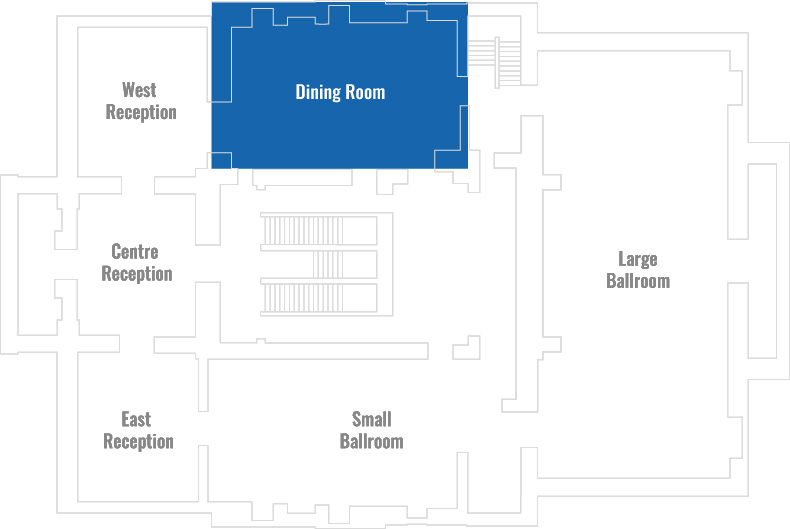 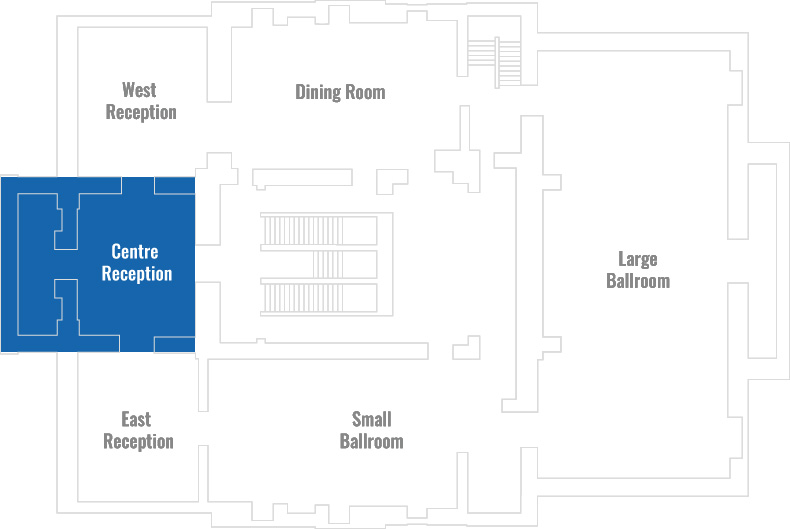 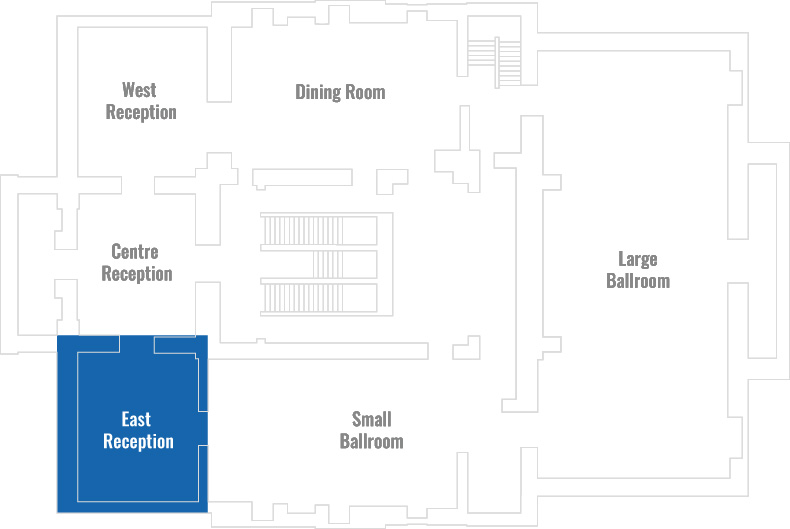 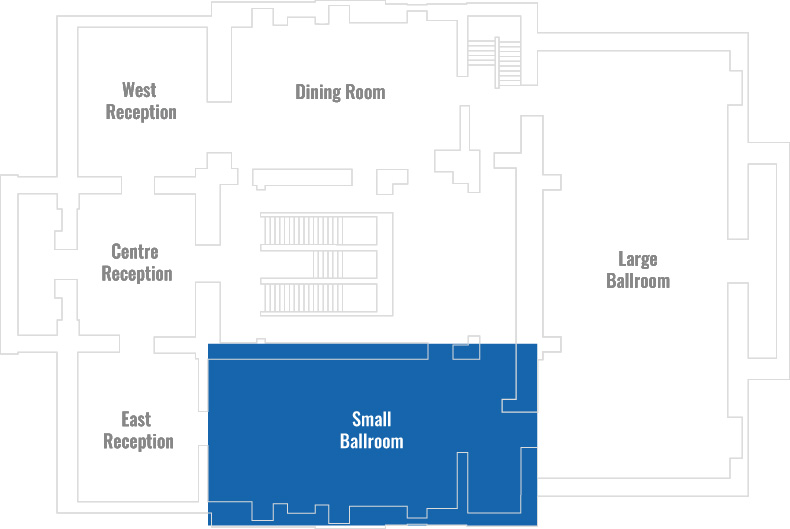 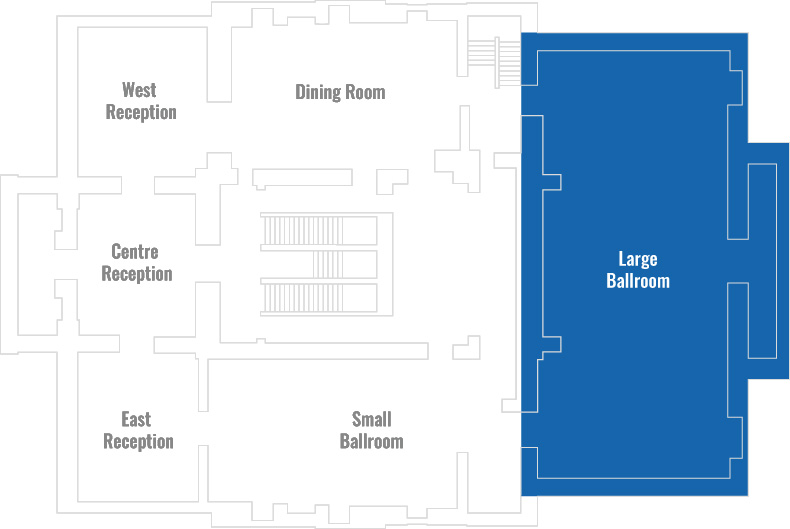 The West Reception is a splendid setting for a civil ceremony for up to 70 guests, being grand enough for the occasion but small enough to remain intimate.

The Centre Reception is at the top of the main staircase and leads onto the world famous balcony where countless celebrated sons and daughters of the city have stood including The Beatles, the Dalai Lama, Her Majesty the Queen and numerous past Liverpool and Everton football teams.

The East Reception is a splendid setting for a civil ceremony for up to 70 guests, being grand enough for the occasion but small enough to remain intimate.

This room has been used for a number of grand Civic receptions and at the end of the room are Minstrel's Galleries where musicians would play.

Today the room is used by the Lord Mayor as a refreshment area during civic receptions, can be hired for small wedding receptions or used for corporate dinners.

This room contains three of the finest Georgian chandeliers in Europe. Made in Staffordshire in1820, each chandelier is 8.5 metres (28 foot) long, contains 20,000 pieces of cut glass crystal and weighs over one ton.

The room has a sprung maple dance floor specially made for dancing. At each end of the room are two massive mirrors specially designed so that people could admire themselves during balls and banquets. Standing in between these two mirrors it is possible to see one's image reflected into infinity.

During major official functions the civic regalia is displayed. This comprises three maces, the Sword of State, the Silver Oar and the Staves.

The staves are symbols of the coach levers, which were once carried by running footmen to prise the wheels of the mayor's coach out of ruts in the road.

Part of the collection was stolen by Charles John Coney in 1784 and although he was convicted of theft and hanged, only part of the regalia was recovered.