The Hall of Remembrance

The Hall of Remembrance was opened by the Duke of Windsor, then Prince of Wales, in 1921 and contains the City’s Roll of Honour.

The Roll of Honour carries the names of over 13,000 military men from Liverpool who died during the First World War. This list of war dead began to be compiled during the war when names of the fallen were posted in a window overlooking Exchange Flags and relatives queued to add names. Because of this, the list is far from complete, but a number of names have been added since 1921, on additional panels.

This list of Liverpool’s First World War dead has been transcribed into a Roll of Honour which can now be searched online.

Among those whose names are recorded are a number of holders of the Victoria Cross, most famously Captain Noel Chavasse, one of the very few to have earned the distinction twice. The others include Lieut. E.F. Baxter, Captain E.F. Bell, Sergeant David Bell and Sergeant Thomas Neely. Their lives are recounted, with others, in the two volumes of ‘Liverpool Heroes’.

Other listed include Lord Kitchener of Khartoum, an honorary Freeman of the City, and many who served in the armed forces of Australia, Canada, New Zealand and South Africa and other countries, but had local connections.

Not surprisingly, the majority of those named had served in what was then formally known as “The King’s (Liverpool Regiment)” which had many battalions, but the wide range of units in which others served is indicated by the array of regimental and other service emblems displayed in the Hall. In more recent times our local regiment has been merged with the Manchester Regiment, and now has been integrated into the Duke of Lancaster’s, retaining many of the traditions of the Kingsmen.

Information on the Hall of Remembrance provided by Richard Daglish and Ann Clayton. 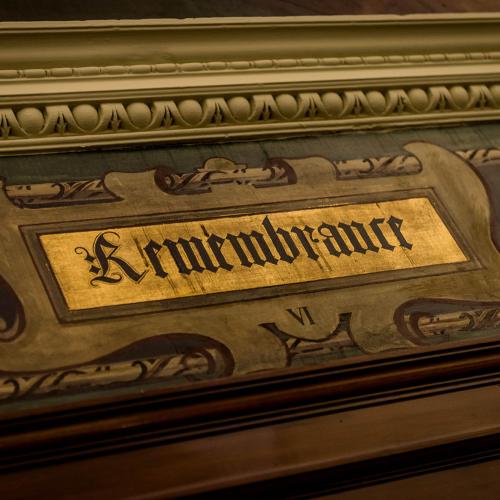 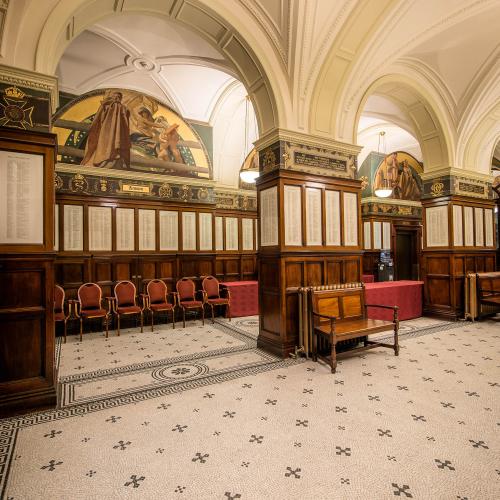 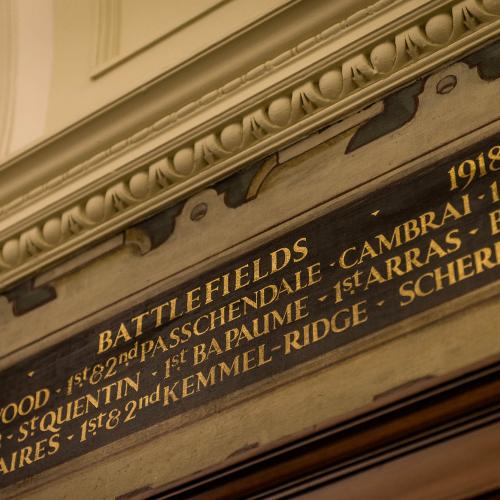 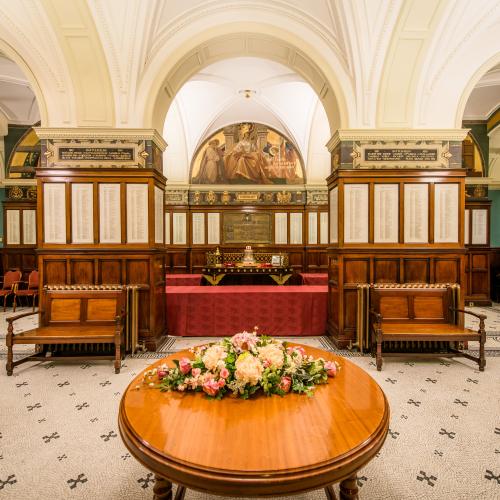