Posted on 6th November 2020 by CommonAsh

What a year 2020 has been. The levels of disruption brought on by the Covid-19 pandemic has seen many events cancelled, due to government restrictions made in the interests of keeping infection rates down. Thursday 5 November marked the first day of a second national lockdown for England, meaning that places all over the country are abiding by strict social distancing measures. As such, the City of Liverpool will commemorate this year’s Service of Remembrance via a virtual service, which will be streamed online at 10.30am on Sunday 8 November – all information for which can be found here.

Beyond the service itself, Culture Liverpool has recognised the need to engage communities on an artistic and emotive level in the form of a powerful spoken word poetry piece.

The 25 year old artist has responded to Culture Liverpool’s challenge to express the deep significance of Remembrance Sunday by writing and performing his poetry piece, ‘Embers of Remembrance’.

You can watch the full video of Blue Saint’s performance below, whilst a full transcript of the poetry piece and a blog reflecting Blue’s artistic journey is also available to read.

His eyes bore doorways and open gates, and encased behind his double-glazed iris laid, wide corridors to hope and faith

And in the chase of making major changes to the ways I would live my days
I… entered Janus’ open gates with 20/20 vision,

While unaware of the adjacent dangers that would later taint the chambers of our brains,
I… at first only heard tattered tales that a tall tyrant trailed towards us, tiptoed and waited to hit our shores,

He marched forwards with 20/20 vision,

A silent assailant waging war on our terrains, targeting our hearts, but faith is
What made us brave against the enemy
It’s what made us crusade against the cruel sabre of violence, by aligning our minds and vying to stick together
Tied and tethered by valiant values, remembering we’re one unit with different sections
One body with different members
A human needs their appendages,
For our weapon is our trust, the piece we carry,
That Heaven sent to us, we’re armed with love like Yeshua
And our quest is far from over

So for the fallen, we stand
Fighting any cancerous plans
We stand, and advance past maleficent hands,
We stand, remembering the veterans and first responders,
The critical workers, the nurses, the doctors,
Delivering service and performing operations with patience
We are the blazing, crimson rays of a poppy,
In this human race we light the ways for the next generation,

We… torches, batons, that run the track of time,

I… saw a poppy’s glowing embers and was reminded and remembered.

Blue Saint: Shining a Light on Remembrance, 2020 and His Creative Process 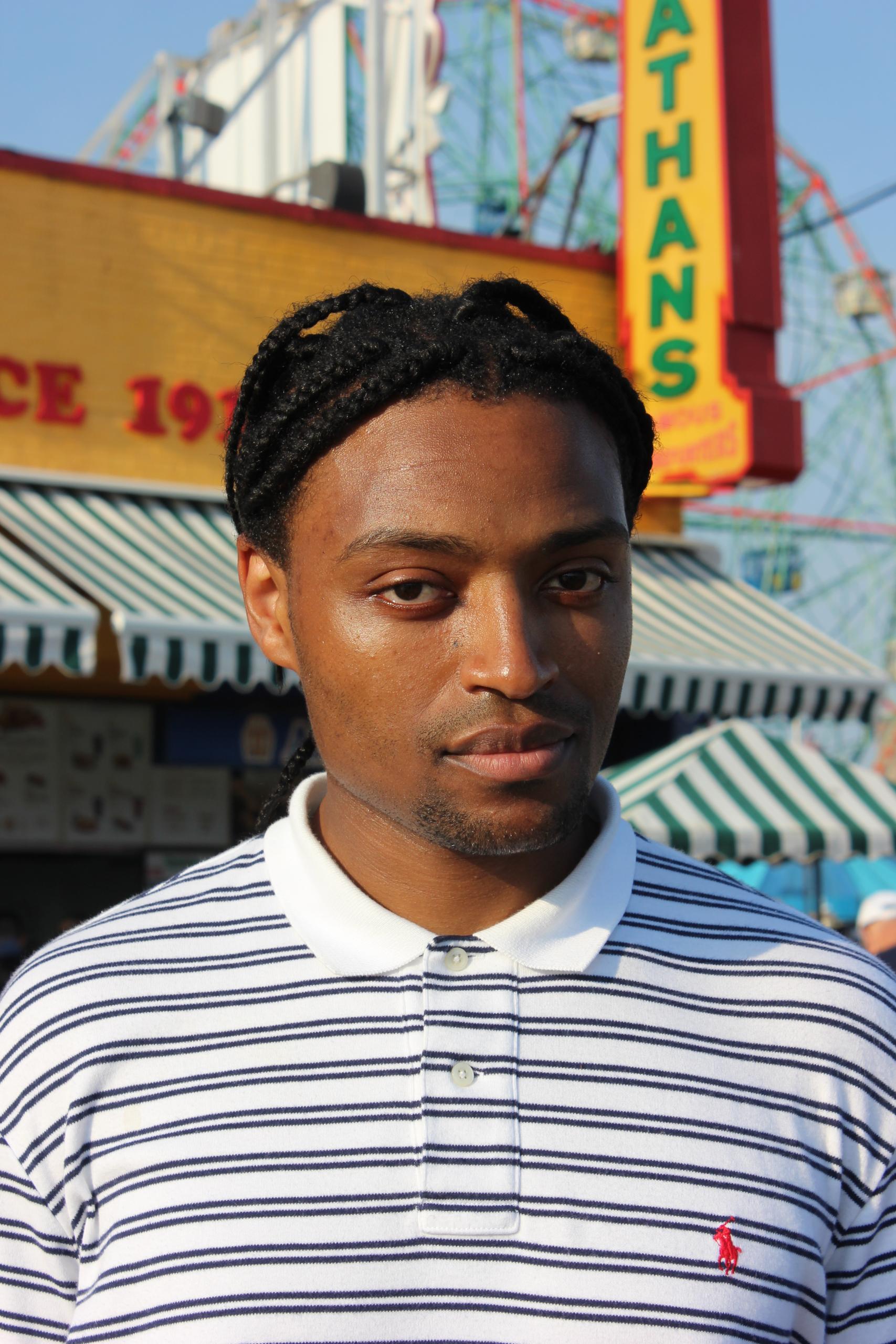 I believe that this is such an important and incredibly needed project and event, that the Liverpool City Council has put together, and feel extremely honoured to be a part of it. I find, in this day and time, where everything seems like a blur and where there’s a great amount of uncertainty, in those moments, hope and faith is vital.

In those moments, we must remember who we are, what we have, what we have overcame and the sacrifices made to bring us here. It’s in these moments, we must reflect, take time to stop and think, take time to be grateful, take time to just be. Remembering that when we come together, we’re able to make great changes, changes that will ripple and have a positive, lasting effect on current and later generations. Faith, as well as hope, is an extremely powerful and much needed force that drives us, motivating us to keep moving forwards, to endure, to remain resilient.

My piece Embers of Remembrance focuses on faith and hope whilst also incorporating the theme of intergenerational communion, solidarity and the importance of unity.

I first began my piece, as I do with many of my pieces, with just thoughts. I would think of the various ways I could tackle the creative brief, analysing the different angles and routes I could take, which in turn lead to brief ideas, words, lines and phrases gradually taking shape; I would jot these down, record them if I felt the idea would escape.

Many of my ideas and lines were fragmented, scattered across physical and digital pages, cluttered, an organised mess of scribbles and doodles. I often write non-sequentially, that is, completely out of order, stitching my ideas and lines together later down the road once I feel they have become mostly or fully fleshed out.

However, there was a problem with writing this piece… I had myriad ideas. And the ideas were ever-growing and flowing, they would not stop. This only seemed to deepen when I reached the research stage of my process.

Usually, after I have thought up my initial ideas, noting and recording them, I tend to dive into research. This is one of the most important stages in my creative writing process as it often inspires and sparks newer ideas for me, but, in this case, as earlier alluded, having newer ideas appeared to only present more challenges as, much like a Matryoshka doll, each new concept would reveal yet another; in turn, making it difficult for me to decide which idea I wished to deeply explore.

I needed a theme, or extended metaphor, something I could use to connect all my thoughts into one coherent piece and four images would not leave my head: war, the body, poppies and a relay race. It was the idea of a relay race that prompted me to remember the torch imagery found in John McCrae’s ‘In Flanders Fields’, and as I stared at a poppy it began to remind me of a burning fire, its bright red petals flames, matched with its black centre, reminding me of an ember, from this thoughts of renewal were evoked. It was this very image that helped me come up with the name for the piece: Embers of Remembrance.

Creatively, I have found lockdown has not really had an adverse effect on my creative abilities but has rather made me creative in other ways. I am predominantly a performing artist, however, have become a lot more of a visual artist during the lockdown, focusing a majority of my time, in the period, on designing and video editing. I suspect this is most likely due to the fact that I cannot perform as much as I could before.

Keep up to date with all of Blue Saint’s projects via his website and socials. Details below: